Posted in Sewing for Men Inspiration   |   By 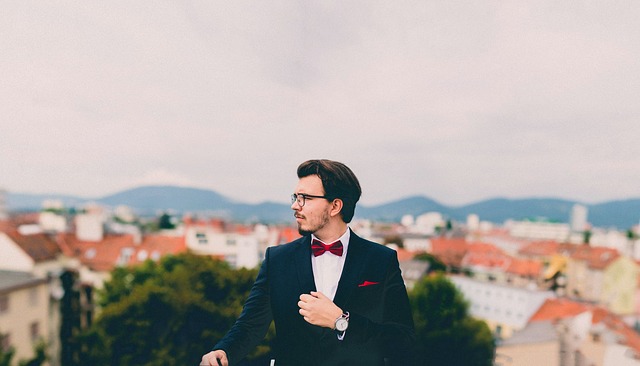 This month, as you have probably noticed in the last few posts, we are all about sewing for men. In other words, researching and thinking about designs, colours, shapes, textures that would make any man jump with joy (in an imaginary way, as we all know they will not let you, or anyone else, witness that!).

And what a better way to learn more about what men like than from men themselves? Today we’re presenting our favourite sewing blogs written by men!

This list could not have started other than with Peter, who bought himself a vintage sewing machine from ebay in 2009 and, “with the dedication of a monk”, taught himself to sew everything: from making alterations to store-bought clothes to pajamas, shirts, jackets and dresses!

Thread Theory was launched in 2012 by Morgan and Matt, who wanted to fill a gap in the sewing community: making beautiful, modern sewing pattern for men and teaching women and men alike to sew quality menswear. Their patterns aim to create the foundations of a perfect wardrobe and include t-shirts, sweaters, pants, trunks etc. Do check out their tips and inspiration section!

Rob Appell, the host of Man Sewing writes and talks about sewing, quilting, sewing machine repair, fabric dying and more. He also has a youtube channel, where he publishes a new tutorial every Monday.

Jamie of Male Devon Sewing was reunited with his love of sewing in 2014. He wanted him and his groomsmen to wear matching tweed waistcoats, but the cost was more than he could afford. So he bought the fabric and made six beautiful waistcoats. He also started his blog, where he documents what he learns and what he makes.
Mainely Dad's Wintercoat

Mainelydad’s sewing adventure started with his desire to get a winter coat in a colot other than black. So he decided to try make his own, by following the illustrations in Ryuichiro Shimazaki's book on men's coats. His limited sewing experience did not stay in his way and he now designs and creates beautiful coats, calling himself his own luxury brand.

If you decide to read these wonderful blogs, please leave a comment below, sharing with us what you’ve learned about sewing for men!