Hi lovelies!
Amanda's back today, but this time she's taking on an ultra-serious topic....

What Brexit means for Sewing Patterns by Mrs H (and you) 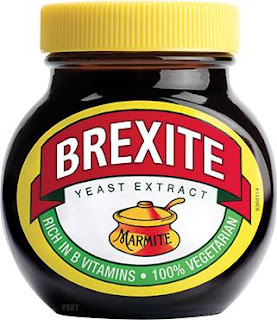 Love it or Hate it...Image courtesy of Fiona Stafford-Baker-Thomas
I know this is an odd post to have on Samantha’s blog, but very few real, relatable people are talking about what Brexit means for small businesses like Sewing Patterns by Mrs H. This blog isn’t about how we voted and whether Brexit is good or bad, but what it actually means, and what it could mean, for a pattern designer in South Wales, and for those of you in business yourselves.

The Drop in Value of the £ 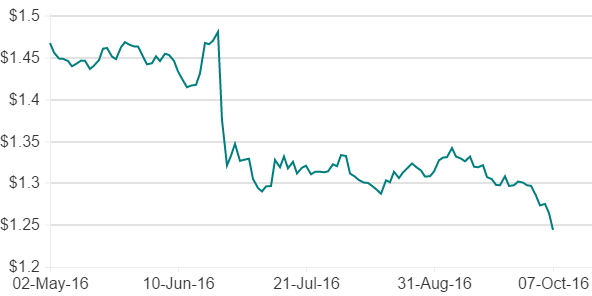 bbc.co.uk
The one concrete change, which has already taken place, is the drop in the value of the British Pound (GBP) against the US Dollar and the Euro. As I write, the GBP is worth $1.22, an 18% drop from 23rd June when it was worth $1.49.
The Good
There are benefits to the GBP being weaker. For example, patterns sold on mrs-h.com are sold in a fixed amount of GBPs. This means that customers from abroad are able to purchase patterns cheaper than previously. This will also apply to those of you who sell your bags online for a fixed cost of GBPs.
Secondly, as one of the Bag of the Month Club designers, Samantha receives an income in US $ from the sale of Bag of the Month Club subscriptions. This amount of dollars is fixed and determined by the number of subscribers, and isn’t impacted by the fall in value of the GBP, but the conversion from dollars to pounds is.

For example, on the 23rd June, receiving $100 of subscriptions meant an income of around £67, but today that would be a whopping £82!
Real life example time: A customer in the US wants to buy two patterns for a total of £10. On the 23rd June, the cost would have been $14.90, but today it is $12.20. It is a great time to buy from mrs-h.com and from other British sellers!
The Bad
Unfortunately, the big problem with the drop in the value of the GBP is the cost of importing goods. All of you sewists in the UK will probably face this – you need hardware, tools or materials from the US or Canada. Or, you buy from a supplier in the UK who has purchased their hardware, tools or materials from manufacturers in another country. Or, you want to buy the latest Bag of the Month Club subscription, or the latest Swoon pattern. The cost has now gone up for all of these things.
Real life example time: Spending $50 on materials or patterns on the 23rd of June cost £33.50. The cost now is £41.
What this means for you and Sewing Patterns by Mrs H:
Currently, the positives outweigh the negatives for Sewing Patterns by Mrs H. However, if this balance is no longer achieved, the only choice would be between a fall in profits or a raise in prices.

And this is the same choice that will need to be made by all UK sellers buying goods from abroad, sewing and non-sewing related, and a choice which has resulted in Tesco upsetting Marmite lovers throughout the UK.
Just to be clear, Sewing Patterns by Mrs H currently has no plans or intentions to raise prices. 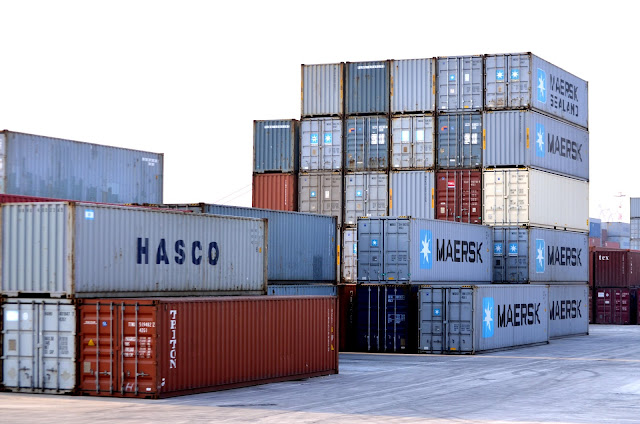 This is a difficult to answer aspect of Brexit, as so much will depend on what trade deals are struck.
Exports:
Sewing Patterns by Mrs H doesn’t export goods, so will not be hit in increased export tariffs. If you sell finished products to the EU, you may be affected by export tariffs. This will depend on what trade deals are made with the US, Europe, and other countries.
Imports:
There is a high probability that the UK government will apply import tariffs and controls to EU goods, which will increase the price of goods from the EU. Currently, goods sent from the EU have minimal customs control and no import duty or VAT to pay.

Goods sent from non-EU countries have a Customs Duty Charge if the value is £135 or more, and VAT on goods worth more than £15, at the same rate as if bought in the UK (the standard rate is currently 20%). This may or may not be widened to include European countries as well.
On top of this, goods from outside the EU require an import declaration. Some shipping providers charge for fulfilling this requirement, called a Customs Clearance Fee. This includes Parcelforce, who charge £8 or £13.50 depending on the value and the foreign postal service.
Real life example time: Sewing Shop A purchases £1000 of fabrics from a German supplier. Currently, there is no customs duty or VAT due on it. The UK government decide to charge VAT at 20% (£200) and duty at the rate of 8% (£80) as it currently does for non-European goods. Parcelforce charge £13.50 for customs clearance. This increases the cost for Sewing Shop A to £1293.50.
What this means for you and Sewing Patterns by Mrs H:
This is unlikely to have a large, direct impact on Sewing Patterns by Mrs H. If the EU is treated  similarly to non-EU countries, there would be an effect on bag makers who sell to the EU, and it would cause price increases for EU-sourced materials. There would also be delays and charges in getting goods and materials through customs. 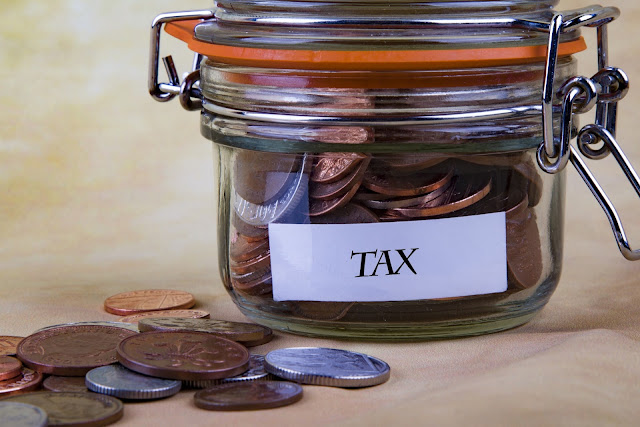 The UK will be deciding which domestic VAT policies it wishes to keep, which to change and which to abandon.
The Neutral
VAT rates may change, but currently Sewing Patterns by Mrs H does not need to charge VAT in the UK so changes will not affect pattern prices.
The Bad
In 2015, the EU decided that all digital media sellers, such as Sewing Patterns by Mrs H, would need to record sales from people in European countries and pay the correct level of VAT to each individual country. The UK leaving the EU will not change this requirement, but no longer being a registered EU country the UK will also no longer be able to provide EU VAT MOSS – a mini-one-stop-shop – which allowed businesses to file a quarterly sales report to HMRC covering all 27 EU states. The expectation is that small businesses who sell digital media will need to be VAT registered in both the UK and another EU country.
What this means for you and Sewing Patterns by Mrs H:
Changes to VAT rates are unlikely to have an effect on many people as the threshold for VAT registration is £70,000 for distance selling.
Changes to EU VAT MOSS apply to all digital media sellers, no matter their turnover, and will increase the headache of accounting and tax returns. It is unlikely to have a material difference for customers. 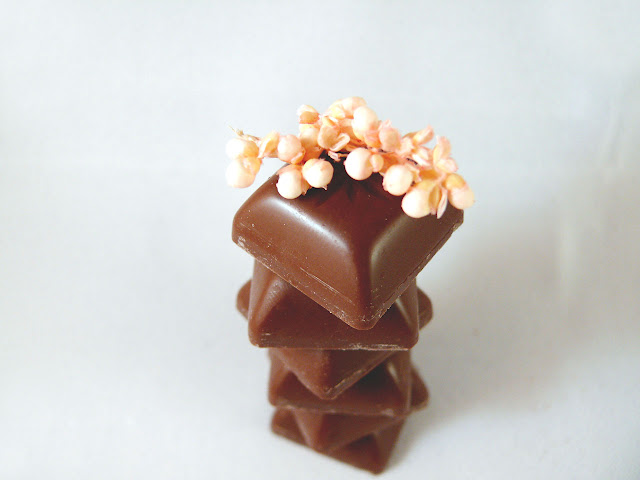 I’ve looked at the direct costs which are occurring or may occur due to Brexit. There is a myriad of other costs which result from changes to the value of the pound, import and export, and VAT changes. These will affect the costs of running a business.

The costs of office space and supplies, utilities, fuel, materials, software, web hosting, chocolate (oh wait, that’s a fuel, isn’t it?), and many others would increase due to the increased cost of importing goods and the weakened British pound. However, if VAT rates fall on any of these categories, they may also become cheaper.
Conclusion - What Amanda thinks

At the moment, we’re optimistic at Sewing Patterns by Mrs H. The changes which have happened so far haven’t had a negative effect upon the business. However, we will be monitoring the process so that we can react as quickly as possible to changes which will negatively affect us. Overall, it’s business as usual!
Oh, and well done for making it to the end of this mire of a post! I almost didn’t…here's a cartoon to soothe your spirits! 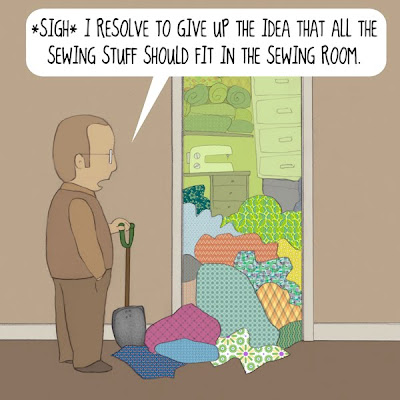